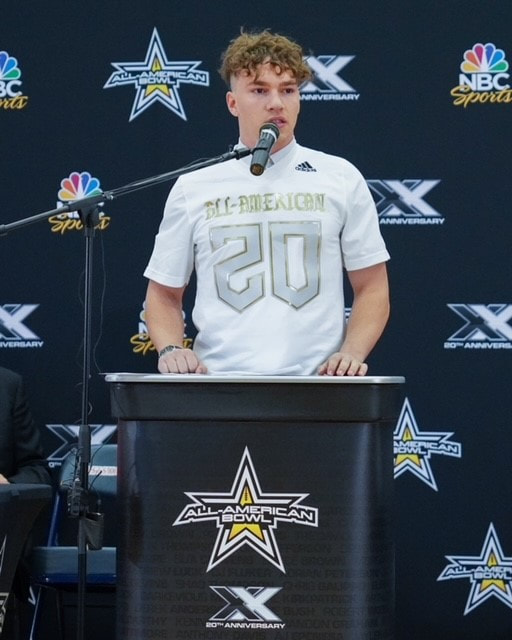 Ayden Hector just graduated from high school and is pursuing a collegiate athletic career. Hector graduated from Eastside Catholic High School in 2020 after a stellar academic and athletic career, winning multiple distinctions as a student and a defensive star on the school's varsity football team.
Hector gained major attention during his senior year, including being named to the Eastside Honor Roll, being nominated for the All American Bowl Man of the Year, receiving a slew of all-area and all-state player awards, and being named to ESPN's Top 300 Player list.
Along with his many successes as an Eastside student athlete, Ayden Hector is a prominent part of the local community. Hector served as President of the student-led B.Box (Birthday Box) from 2016 to 2020, an organization dedicated to improving the lives of homeless youth in the region. B.Box raised thousands of dollars and gathered countless goods for homeless youths around the city throughout his leadership term.
Ayden Hector also participated with groups such as Tent City, which supports the local homeless population, and Relay for Life, an American Cancer Society event.